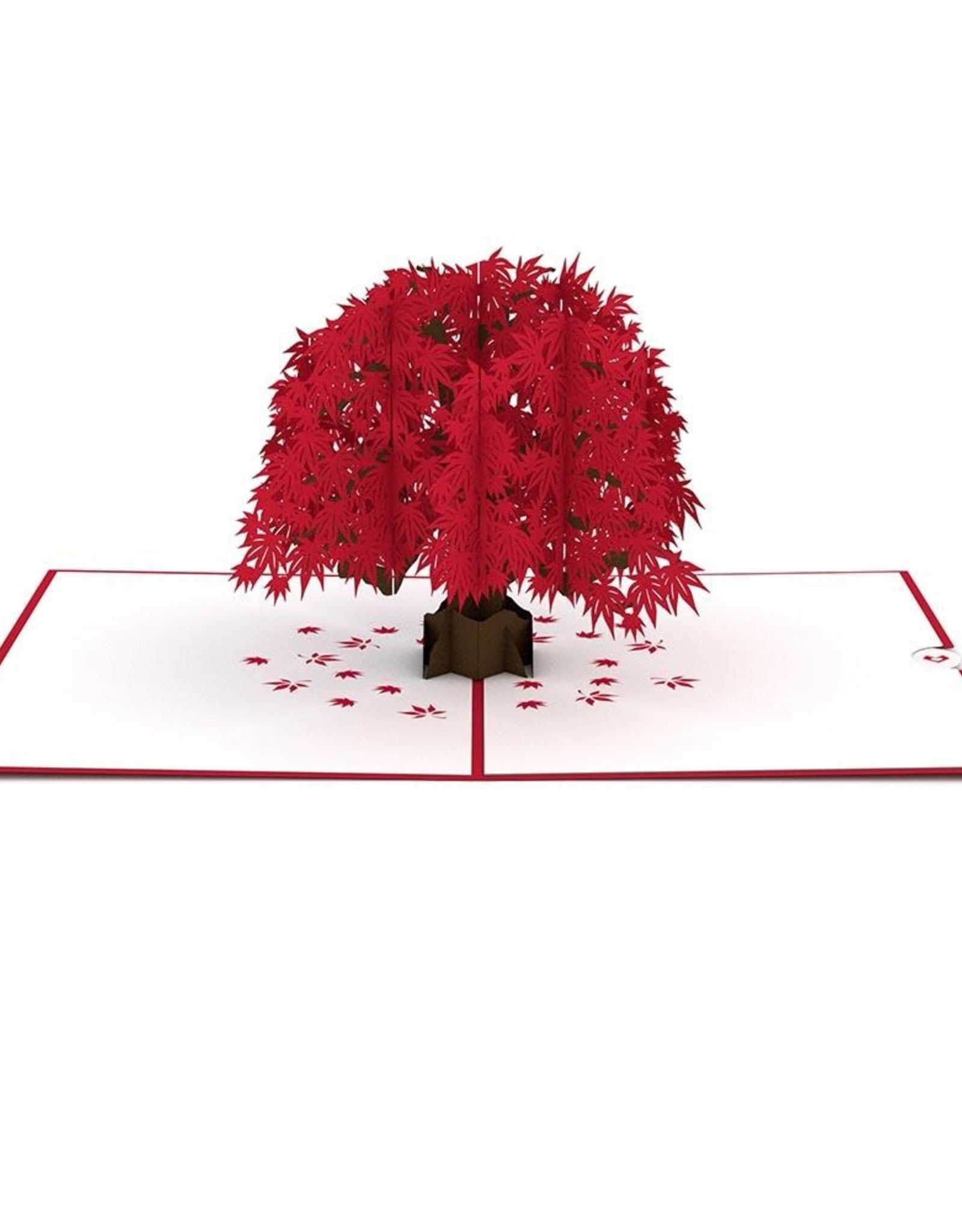 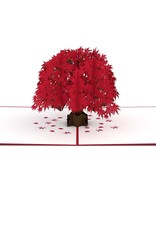 The cover of this beautiful red card is adorned with an illustration of a Japanese Maple Tree shedding its leaves.

Once opened, a delicately crafted red Japanese Maple Tree is revealed in all its glory. At the trunk of the tree, the card is embellished with laser-cut maple leaves.

Inspiration for the Japanese Maple Card:
Lovepop Designer Kathie had been waiting quite awhile to make the Japanese Maple pop up. She came up with the concept for this card after she first created Cherry Blossom. When it was finally fully realized the team couldn't have been happier.

Originally, Kathie planned on mixing American and Japanese maple leaves into the design. After talking to the team, she focused on only one leaf type to not dilute the nature of the tree. Ultimately, it was decided that the Japanese Maple Tree was the one.

You may also think that the cover looks vaguely familiar. You wouldn’t be wrong. Kathie decided to design the cover embellishments similar to the Cherry Blossom. Why? Because in her mind, the two trees exist in the same garden.

A beautiful reminder that fall is nearly upon us and that it is time to start preparing for the colder months. Gift this pop-up card as the seasons change to make someone special’s day.

Size:
This beautiful card is 5 inches wide by 7 inches tall.

Quantity:
One beautiful Lovepop with one blank envelope and the Lovepop Note, a little note card that tucks away with your own personal touch.

Add your review
0 stars based on 0 reviews